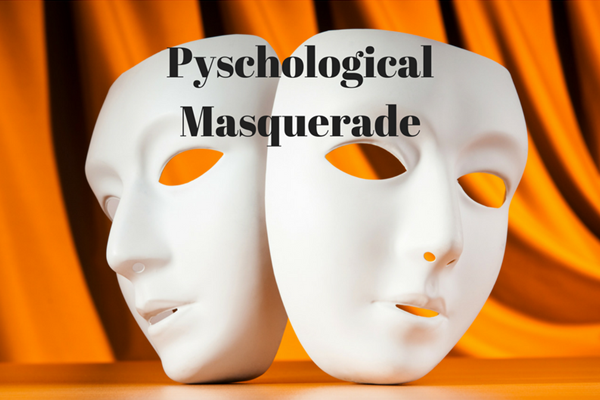 If you’re comfortable with the answers you get don’t stop there. Double check those answers to make sure you’ve been given all the facts. Too often patients aren’t given all the side effects or side effects are minimized. If you don’t like or feel uncomfortable with the answers you get then hit the door and get a second (or third, or fourth) opinion AND do more research of your own.

A major source of masquerade is the medical/mental health field. When people have mood or behavior problems that don’t fit a medical diagnosis (a not uncommon occurrence) they get shunted to mental health. Within the mental health field symptoms are commonly viewed first from the context of psychiatry’s DSM manual. If a person can be categorized, and most of us can, they will receive a diagnosis of and treatment for a mental disorder while other possible causes are frequently ignored or missed. Here are three examples:

Example #1
My first job after completing my bachelors degree was as a mental health case manager. Interesting job and I learned a lot. I also learned a lot about what I didn’t know.

One of my first clients was a lady diagnosed with schizophrenia. She had had several years of increasing “mental” problems, fell often, had a history of head injuries, had chronic knee pain, had been on opioids for years, and had some major memory problems. Numerous doctors had examined this lady and found nothing medical to pin her “mental” problems or memory lapses on. Her father had been diagnosed with schizophrenia and had died several years before. People couldn’t find a “medical” cause so they focused exclusively on the linkage with schizophrenia. Both she and her husband accepted the schizophrenia diagnosis and associated medication. She came to me as a schizophrenia patient after a stint at the state mental hospital.

Her husband was verbally and emotionally abusive to her. She had a history of marijuana use and her husband described her as an addict. She was socially isolated, unemployed with no access to money, and couldn’t drive. She also had a history of being sexually abused as a teen and as an adult.

I spoke with her psychiatrist several times about what I was seeing and learning about her history and situation, but the diagnosis (schizophrenia) remained the same. The last time I met with her she had a grand mal seizure 7 minutes after we started driving down the road.

Turns out she’d been having grand mal seizures at home for months but that fact, though known, wasn’t being addressed in her treatment. A consulting neurologist eventually examined her and stated this lady had been having almost constant partial complex seizures for at least 3 years – which explained her psychotic behaviors and memory losses, and contributed to her frequent falls. This problem was missed by her primary care doctor, several ER doctors, at least 5 psychiatrists, and an ARNP. Sadly, she died about two months later due to complications of yet another seizure.

Example #2
Another client of mine, diagnosed with schizophrenia, had a father with schizophrenia (another familial link). She had repeated involuntary commitments and a history of medication non-compliance. She refused psychiatric medication due to the side effects. She also had a documented history of childhood abuse and neglect, sexual abuse as a child, teen, and adult, an emotionally, verbally, and physically abusive husband, and a history of significant head trauma. None of the traumas were being treated and neither PTSD nor traumatic brain injury were being considered despite documented evidence of both. By the way, after having a brain tumor removed her father no longer had any symptoms of schizophrenia.

Example #3
One of my recent clients was diagnosed with borderline personality disorder and was only later found to have a serious hormone problem. Progesterone cream fixed the mood swings and therapy helped her resolve the effects of three former partners who had cheated on her. She’s still stuck with a diagnosis of borderline personality disorder, a label which will affect her the rest of life.

Three cases – one death, two misdiagnosed and mistreated – and I have numerous others. These people didn’t ask the four questions. They didn’t double check the answers they received. They put the responsibility for their health in another’s hands. And they paid a price. These are examples of why I focus on what’s happened to folks rather than what’s wrong with them.

As a mental health treatment provider, I have met the enemy – and the enemy isn’t necessarily mental illness, its often us. There is much mental in physical disorders and much physical in mental disorders. The lines are blurry, there is little actual separation, but the various health fields treat people as if there was separation. The result is a significant risk of psychological masquerade.

Stay safe and be cautious. Ask the four questions: 1) What are the benefits of this medication or procedure? 2) What are the side effects or negatives? 3) What are the alternatives? 4) What would happen to me if I did nothing?

Don’t blindly trust your health and safety to an “expert.” You are the expert on you and you have primary responsibility for your health. 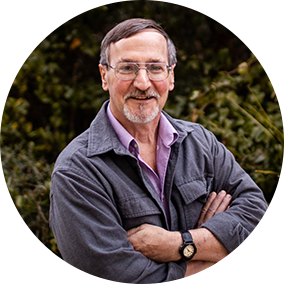